Marc Edwards embodies all of the ideas Shotgun Seamstress zine ever meant to convey.  I generally focus on punk rock in my zines and blog but I also try as hard as I can to broaden the confines of that genre--to show punk for what it is meant to be, which is a place to experiment, excel at being a novice and express oneself uniquely.  While Edwards is no novice, his band Cellular Chaos is his first attempt at rock drumming, albeit in an experimental "guitar freakout band," as described by his bandmate Weasel Walter (ex-Flying Luttenbachers, XBXRX, etc.)  Edwards is a 65 year old jazz drummer, born, raised and still residing in New York City.  He attended the Berklee School of Music in Boston as a young man and continued on to play and record with the likes of David S. Ware and Cecil Taylor, even touring to Europe with Taylor in 1976.  He also has his own group, Marc Edwards & Slipstream Time Travel, an afrofuturistic free jazz ensemble, based in NYC.


I found out about Cellular Chaos because they played two shows here in New Orleans last fall.  I saw their first show in the alley behind Parse Gallery in the CBD, heard they would be back for another show in a few days, and decided I had to take that opportunity to find out more about their drummer--a black man, about the same age as my dad, playing spastic, chaotic, herky-jerky No Wave with a bunch of white people who looked to be half his age.  I mention Edwards' age not to turn him into punk rock novelty, but to reveal him as a transgressor of boundaries.  His connection with his bandmates in Cellular Chaos transcends race, age and subcultural identity.  In a world where most of us, even in the year 2014, still tend to stay safe within our social groups, Edwards' participation in the punk and noise scenes is remarkable--and, unfortunately, misunderstood by some of his peers.  In this interview, Edwards revealed himself to be sensitive, talented and expansive in his worldview.  He has been a vegetarian for about 50 years, is a practitioner of yoga, subscribes to new age and futuristic spiritual beliefs, and his energy and optimism flow through his band and back out into the universe with every gig they play.

SS: Did you grow up with any rock'n'roll music and in the 1970s and 80s did you hear any punk music?
ME: The funny thing is, by the time punk came out and they started wearing all the colorful clothing with the hair and all of that, I simply saw them as another version of the hippie movement.  Because when I was growing up, hippies were the thing and before that, there were beatniks and they'd be doing the poetry and playing the bongos and all that.  Every generation has its own group of outcasts.  So, I never really got punk, but I've had a couple of conversations with Weasel [Walter] about it, and he feels that a lot of the jazz musicians have a similar attitude to punk musicians and I never really thought of it that way...  I have a lot of catching up to do when it comes to punk.  You may as well throw in heavy metal, death metal and all of that.  All of that stuff is new [to me.]

SS:  So, how'd you start getting into punk and metal?
ME:  Well, I saw this two-piece band called Ettrick from San Francisco.  They're friends of Weasel [Walter.] Both of them play saxophone and they also play drums.  When they sat down at the drums, they were using double bass drum pedals and I'd never heard that before and really loved the sound, so, you heard on some of the songs tonight, I was using a double bass drum pedal.

"The funny thing is, by the time punk came out... I simply saw them as another version of the hippie movement."

SS:  Free jazz and noise share a lot of similarities sonically, but those communities of musicians seem very separate.  Do you have any thoughts about the genres being similar but largely unrelated?
ME:  Well, I think that there are similarities, but when you come from the so-called jazz tradition, our improvisation is based on the form for the song.  You're always operating from how the piece was originally set up.  Now, when I see kids doing the noise-making thing, I don't really hear the melodic content...

SS:  Which is why I don't feel like I understand jazz that well...
ME:  Well, that's why they play the head.  They play the melody and then what follows after that is the improvisation on what you just heard at the very beginning.  So, if you keep listening to jazz, you will always hear where they are in the song because that's how the traditional guys do it.  But with the free jazz approach, they often take extreme liberties...  It's a very open-ended and very spontaneous form of music at times, but I tend to be more traditional in the way I approach it [with Slipstream Time Travel.]

SS:  I'm 34 years old and I grew up with black people saying, 'That is white music and this is black music.' Today, we’re seeing many examples of white artists getting rich & famous playing so-called “black music,” but we haven’t really seen it happen the other way.  What do you think is the barrier to black people believing that they can and should participate in any and all forms of music making, or modes of self-expression in general?
ME: Well, that’s all a part of the race thing.  That separation, you know, ‘They do this, we don’t do that, we do only this...’

"I was always the odd man out... I’ve always done the things that people considered to be crazy."

SS:  Where do you think it comes from, though?
ME:  It’s hard to say.  I think it’s been ingrained in us from being brought over here as slaves and all of that stuff we went through.  I can’t begin to imagine what our ancestors went through during that time…

SS:  Do you think it’s a way we try to preserve our culture?
ME:  I’ve heard the term ancestral memory.  I think that is a factor in all races.  There’s a lot of family stuff that gets passed onto you, almost at a genetic level, it would seem.  So, whatever a group goes through is never forgotten.  It’s just there, maybe perhaps at a subconscious level.

SS:  So, how do you feel like you yourself are able to transcend that?
ME:  Because I was always the odd man out.  There are some people who, you know, when you go to school and you’re doing all the normal things that people say you should be doing and somehow you know that you don’t fit?  You’re like a piece of the puzzle that just doesn’t fit.  You know early on that you’re kind of like--not exactly an outcast--but you know that you don’t fit into the normal mode of how people think people should act in society.  So, it was very easy for me, relatively speaking, to break away and do different things.  I’ve always done the things that people considered to be crazy.  I mean, when I changed my diet back in the 1960s, people thought that if you became a vegetarian, that you were a health nut and you were subject to no end of public ridicule.  So, I’ve always been one who thought outside of the box.

SS:  Seems like in order to be a good artist, you have to be somewhat of an independent thinker.
ME:  I think a lot of artists are born with that and that is their strength.  But unfortunately, you’re not always around the right people and if you’re not strong on the inside, you can succumb to the wishes of your parents and everything else.  ‘Oh, you don’t want to be an artist.  You know, artists do drugs and they have this problem & that problem...’  You’ve gotta be kind of strong and just know that you will be supported on some level. 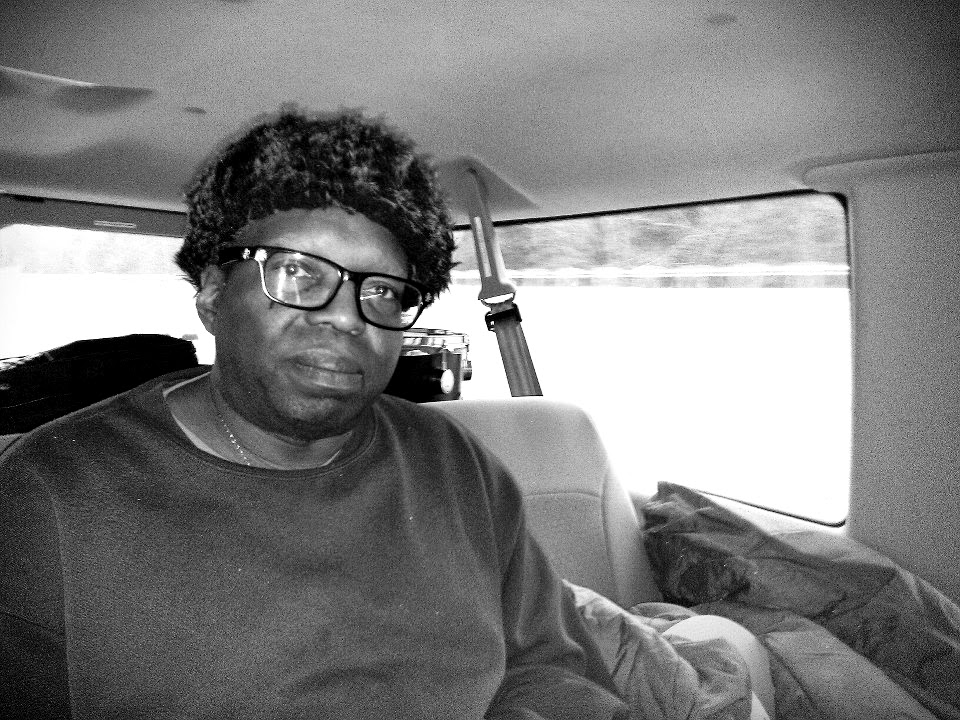 SS: So, I saw you for the first time three days ago, and you just told me that in that amount of time, you feel as though Cellular Chaos has grown as a band.  Want to talk about that a little bit?
ME:  Yeah, well, it seems like every time we play, the magic happens and everyone is picking up on the energy of what Cellular Chaos is doing and it just pulls you.  It’s a combination of the music--the interaction between the four of us--and also the energy that the audience brings.  It’s such a wonderful experience to have that.  One helps the other, believe it or not… You gotta bring it.  You gotta do something memorable and people will talk about it: ‘Oh, I saw Cellular Chaos in their early days! Yeah, I saw them! I’m one of their early fans!’ [laughs] 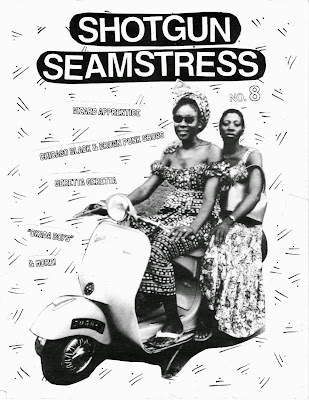 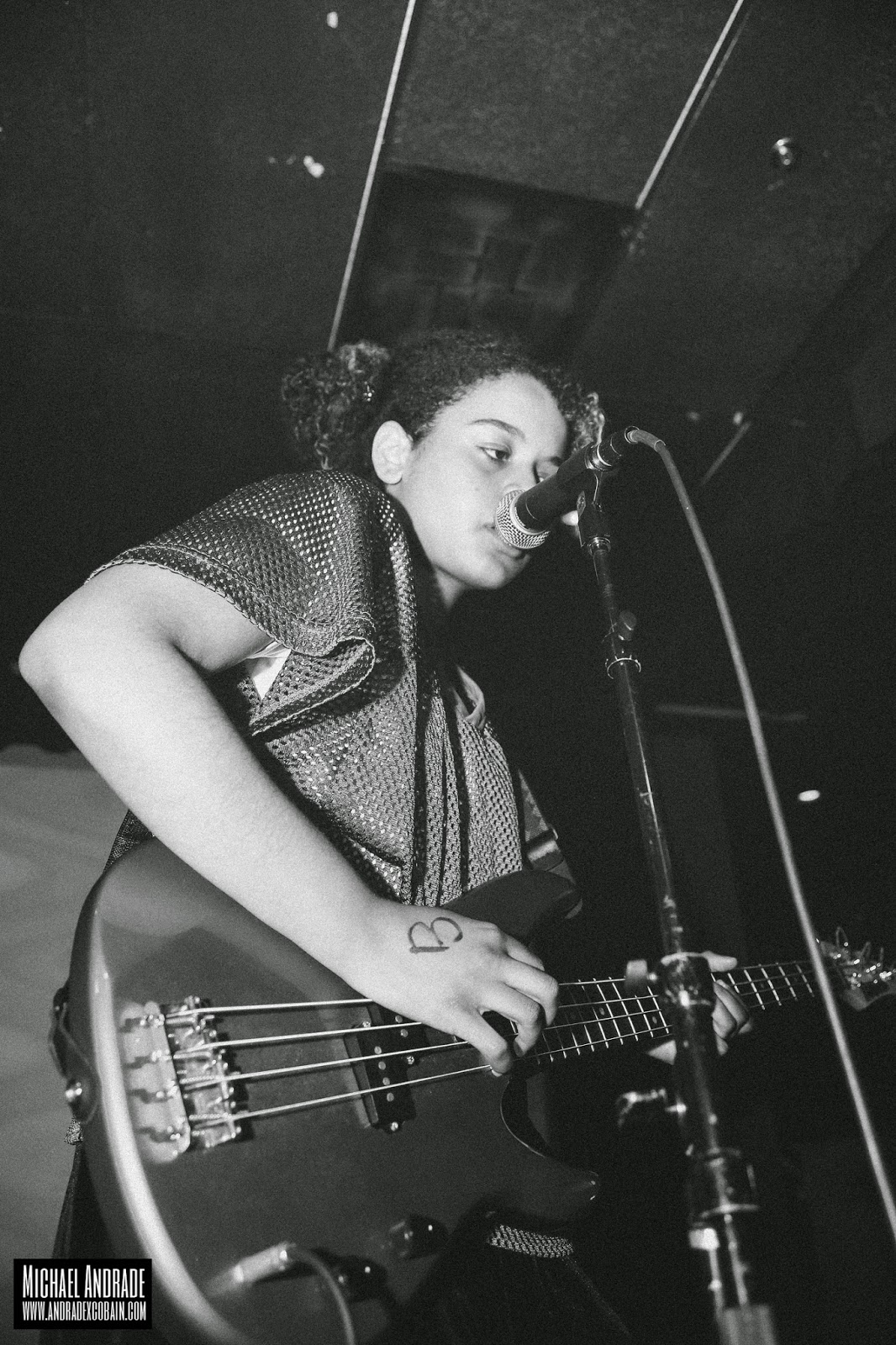